One of the common concerns people raise about checkpoint sync is the risk that someone might hack Infura and return malicious initial states causing nodes to sync and be stuck on the wrong chain. Given users usually don’t verify the initial state and Infura is currently the only publicly available service supplying initial states, there is certainly some risk there but how concerned should we really be?

The initial state you use for checkpoint sync is important because it tells the beacon node which chain it should sync and that it should reject all others. So if the initial state is from the wrong chain, your node will sync that chain and any information you get from your node is likely to be wrong. That could result in your attesting to an incorrect chain and getting inactivity penalties on the real one or post-merge being fooled into buying or selling at a bad price because your node gave you an incorrect view of the market.

Definitely sounds scary but let’s work it through.

Firstly, all the big players - staking services, exchanges etc, wouldn’t use Infura, or any other public service, to get their initial states because they can get the initial state from one of their other nodes. So immediately nearly all the high value targets are safe.

Secondly, the attack only works on nodes syncing from scratch and the attacker can’t force people to resync their nodes1. There’s also a fairly limited amount of time before someone notices their node got an invalid initial state and blows the whistle and the attack would be stopped.

So this attack doesn’t look like a very good way to make money. What about just causing chaos? There’s a relatively small number of nodes syncing the chain at any time and only one of them needs to notice the problem to raise the alarm. So the potential for causing chaos is also quite limited.

Ultimately, the idea that an attacker who is able to compromise Infura would use that to mess with checkpoint sync seems pretty unlikely. They could just mess with the data Infura returned to DApps and directly misrepresent the world state - a much more direct and likely more profitable way of achieving the same result. Or most likely they could just snoop on the incoming stream of transactions and keep all the best MEV opportunities all to themselves.

Does that mean you shouldn’t verify your initial state? Absolutely not. While there’s little reason for an attacker to hack Infura for this purpose, that doesn’t mean it won’t ever happen. And more likely Infura might have a bug which causes it to follow the wrong chain by accident. There’s a lot of room between panicking and claiming checkpoint sync is unsafe (it’s not) and saying that it’s fine to not verify anything (it’s not).

Which is to say… 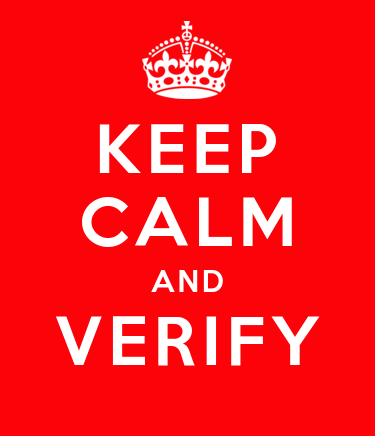